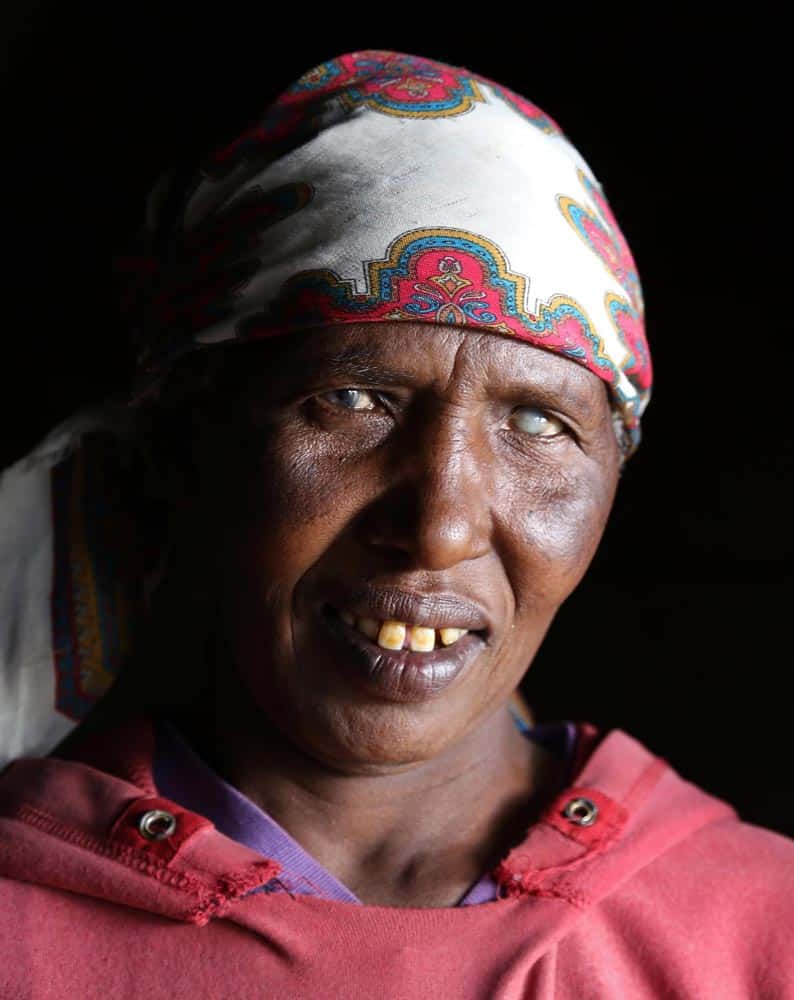 Mary Wanjiru is wearing a kerchief that matches her bright coral-coloured Gap sweatshirt. Sixty-four years old and widowed since 1991, she struggles to subsist, particularly because she has been unable to plant crops for the past several years. Living a bit more remotely than others in Kijabe Town, she is vulnerable to attacks by baboons who, she says, tend to be aggressive with women. They steal her plants, and there is nothing she can do to stop them. This year she has gained access to a bit of land that is better situated. She has dug it up to plant beans and pumpkins.

Although her eyes are clouding with cataracts, Mary’s chief concern is for her grandchildren. She has three sons who live nearby, but none of them has work, so two of her five grandchildren live with her. These granddaughters, nine and twelve years old, are both in school, intelligent and doing well. But their father can’t provide money for their school fees, so they may not be able to continue. As well, it is difficult for the girls to study because of a lack of light in the home; yesterday, Mary says, one girl cried because she couldn’t do her work.

Mary is grateful for the solar lights John and Joel install. She asks God to bless us and says that we have touched her because her grandchildren will benefit from the light to study by. She tells us that, when she goes to church, she asks God to remember her in her struggle to care for the girls. I hope we will remember her, too.

Items available for sale are donated by Raymond Vos or the artist. … END_OF_DOCUMENT_TOKEN_TO_BE_REPLACED